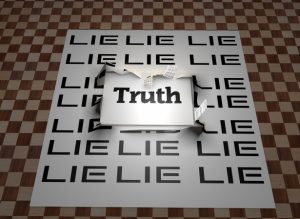 It’s no secret that the job market is increasingly competitive. With lots of people chasing one position, it can be tempting to tell a white lie or two on your CV. Employers aren’t really going to ask to see your certificates, are they? Or pick up the phone to an ex-employer to clarify a job title? Well, the situation is that yes they can, and yes they do. Around 10% of people admit to telling lies on a CV. The true figure is probably quite a bit higher.

Most Common Lies on a CV

One of the major job websites did some research into the most common fibs on a candidate’s CV. If you’ve told fibs about any of the following, you’re not alone.

But I won’t get found out… Will I?

Employers know that a high proportion of CVs will have exaggerations, half-truths or downright lies in them. Each employer has their own way of dealing with the issue. Some will meticulously fact check every person they’re considering interviewing. It’s perfectly legal for employers to call the University which you say awarded your degree to confirm what you’re telling them, or to call ex-employers to clarify a job title. They don’t need your permission to do so, although most won’t speak to your current employer. Recruiters will Google you, check your social media accounts and look at sites like LinkedIn. So yes, they could easily find out that you’re not everything you say you are.

Consequences of fibbing on your CV

On the most simple level, an employer isn’t going to want to employ someone they know has lied. Lying on your CV isn’t a criminal offence though. It’s not going to appear on a police record, and won’t show up if you later apply for a CRB check or DBS check. If you’ve applied through a recruitment agency, finding out that you’ve lied will mean they’re not going to want to put you forward for other jobs. If you are working in a specialist field, word can get around that you have a reputation for dishonesty.

In short, don’t risk it. Always tell the truth. Start from the assumption that employers can and will check everything. Then you’re not running the risk of being caught out by your own white lies.