One of the main advantages of applying for Disclosure Certificates online is that you can track your application through the system. This can reassure you that your application is progressing as it should. However, if you’re not up to speed with the different stages, and what they mean, it gets trickier. There are five main stages between sitting down to fill in the form, and the certificate arriving in the post. 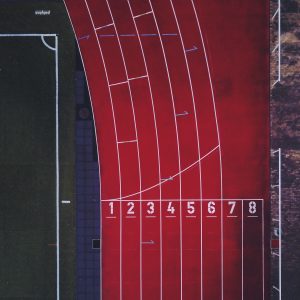 The first step is filling in the application form. It’s easiest – and quickest – to do this online, but there is also a paper alternative. This is the stage of the process at which there is the opportunity for applicant error. On the other hand, get it right, and the following stages should run smoothly. The form isn’t complicated, and doesn’t ask difficult questions. But if you get your address history wrong, miss off names you’ve previously used, or make other errors, then the application might be rejected.

Don’t fail at the first hurdle. If you’re not sure about what to write in a box on the form, or have any queries, then check. The DBS has an email query form and a telephone helpline to resolve issues. It’s far better to wait 24 or 48 hours for a response at this stage than to hope for the best and risk having your form returned to you. Remember also that if your application is rejected, then you lose the fee you’ve paid too.

After your form arrives at the DBS, someone will give it an initial check to make sure all is in order.

Stage 2 – form send to the PNC

After the form has been checked for errors, it progresses to stage 2. This stage uploads the information on the form to the police’s system, and compared it against information held on the Police National Computer, or PNC. This is a huge database, containing all the cautions, convictions, arrests and so on for everyone in England and Wales. If you have applied through Disclosure Scotland, checks will be made against Scottish records. The PNC also holds information about things like who has a driving licence and whether your car is taxed. This sort of information is irrelevant for DBS checks and won’t be looked at.

Some applicants for disclosure certificates will skip stage 3 entirely. This stage only applies to people working with vulnerable groups, in regulated activity. People working with children or adults with additional needs have their backgrounds checked in more detail. Someone at the DBS will look at the Barred Lists, the formal registers of people banned from working with children or adults. if the application is for a basic disclosure certificate, this stage is skipped.

Applications are then sent to police forces around the country for them to take a look. An officer or civilian will look at the information on the form, any information on the PNC, and then compare that with local records. They might look at aliases, or addresses, or whether there is any intelligence on file about you. Once they have all of the information, they make a decision about what to disclose. Police don’t automatically disclose everything they have on file. The filtering process comes into play too. This is all about making sure that if someone has a very old, minor conviction which is irrelevant to the work they want to do, it’s not printed on their disclosure. Each application is considered on its merits.

The final stage of the process is printing the certificates. Police forces around the country will feed back to the DBS the information which they think should appear. All someone at the DBS has to do is press the button, and the certificate appears. However, that’s not to say that the process is without problems. Any process which involves people has the possibility of human error. If you receive a certificate which you think has a mistake, then flag this up as soon as you can. It may be as simple as getting you mixed up with someone else with the same name. Take your certificate in and show your employer. They will usually want to take a copy, but will return the original certificate to you.