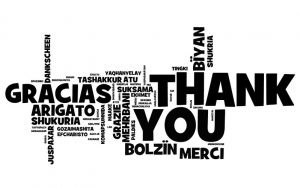 The UK is a multi-cultural nation, with studies shown that there are over 300 languages spoken by children in London schools. Most people manage just fine in English and their native tongue. But on occasions, there is a need for people to receive information in their native language. Often, this is in a healthcare or legal setting. There’s a huge difference between managing basic everyday conversation, and understanding complex language. Therefore, public bodies like the NHS and Police use interpreters to help. Sometimes working face to face, but more often on the end of the phone, the interpreter translates into the person’s native tongue. It can be lucrative, interesting work for people who are fluent in more than one language. But getting a job as an interpreter isn’t always straightforward, and will require vetting and other CRB checks.

Interpreter vs Translator, what’s the difference?

In everyday usage, there’s not much difference between the two terms. People will use both terms to mean the same thing. However, there is a difference. An interpreter works orally; they listen to one person speaking then repeats the same information in a different language. Then listens to the response, and interprets that back into English. It’s a back and forth way of having a conversation, with the interpreter working as an independent third party. Translator usually refers to working with documents. A translator does the same job of taking something in one language and changes it into another, but doesn’t usually work with people face to face.

In many situations, you won’t need a CRB check – also known as a criminal records check or DBS check – whether you’re working as a interpreter or a translator. Just as with any other occupation, you will only be asked about a criminal records check for certain roles. Enhanced and standard disclosures are restricted to those working in specific roles involving vulnerable people or in positions of responsibility. If you sitting at a desk translating documents, your job probably won’t fall into the category. If however you’re going into hospitals or police stations, or helping people navigate the Benefits system, you probably will.

Most interpreters working in the UK work through an agency. If that’s the case, it’s the job of the agency to work out how to check up on the criminal past of their freelance staff, if any. The good news is that if you approach an agency for work, they will walk you through the process of applying for a DBS certificate. It’s not a complicated process, but can be quite time consuming.

If you’re fluent in another language, however obscure, working as a freelance interpreter for the police, NHS or other official body can be lucrative. However, it’s nor simply a matter of signing up and starting work. Interpreting agencies will have a range of pre-employment checks to run through with you first. Each agency will have their own way of doing things, but there are two tests which you can definitely expect. The first thing they will ask is about your right to work and live in the UK. Often, this is just a simple passport check. The second check will be into your fluency in the language you are claiming. Again, each agency will have their own way of doing this and it could be anything from a quick chat with another speaker of the language, to a formal written test.

Most interpreters and translators are contracted to an agency on a self-employed basis. That means you are not guaranteed work, and will only be called when needed. Obviously some languages are in more demand than others, and if you speak a very unusual language you may wait weeks between jobs. If your language skills are more in demand, you could be asked to work much more regularly. As you’re self-employed, you have the flexibility to work as and when you want. Pay will also depend on the type of work and the hours; rates will be higher if you’re called at 2am on a Saturday compared with 11am on a Monday, for example. You’ll have to register as self-employed, and keep an accurate record of what you’re earning for tax.