The very first part of the process to apply for a DBS check, previously known as a CRB check, is to prove who you are. This is an important step in order to make sure checks are being run on the right person. The employer checks documents like driving licence or passport to confirm your identity. It’s vital that this part of the process runs smoothly. However, there is a growing issue with counterfeit documents being provided, for all manner of reasons. Are you confident that you could spot forgeries if someone presents them to you? 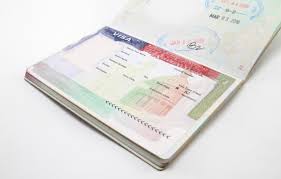 Anything and everything can be forged by the determined counterfeiter. If you’re the person responsible for checking documents, you’re not expected to be a forgery expert either. It does however make sense to be aware of the main documents which are forged, and what security features to look out for. There’s a 53 page long guidance document issued by the Home Office, but if you haven’t got time to read all of that, you just need to know the basics. The main documents which are counterfeited are ones which are used as primary identity documents such as passport or driving licence. Remember that this doesn’t just mean UK issued items. Passports from other countries can be used to establish identity too.

Counterfeit and Forgery – what’s the difference?

There’s a subtle but important difference between the two. A forged passport was originally genuine, but has been altered in some way by changing a name or photo. A counterfeit passport is totally fake and was never issued by the passport office.

If you are looking at a lot of passports or driving licences as part of your job, you’ll get to know what they should look like. You don’t need expensive equipment to detect forged or counterfeit documents. A magnifying glass is a good starting point. Look at the quality of the printing and ink, and make sure it is the same as a passport or driving licence you know to be genuine. Put the document under a fluorescent light to make sure the right portion shines brightly. Check for the watermarks which are added into the paper at the printing stage. It’s always easiest to spot a fake when you’re comparing the suspect document with a real one – use your own if necessary.

Things get tougher when you’re dealing with documents issued by a foreign country. Look online for guidance from the country which issued the document. The PRADO website has thousands of images of genuine documents for reference.

What to do if you find a counterfeit document

If you do receive a document which you think is fake, then you should keep hold of it rather than returning it to the applicant. Contact your local police station and ask what you should do. They will usually request that you hand it in to them so you can investigate further. And obviously, don’t employ anyone who is trying to use fake documents to secure a job.